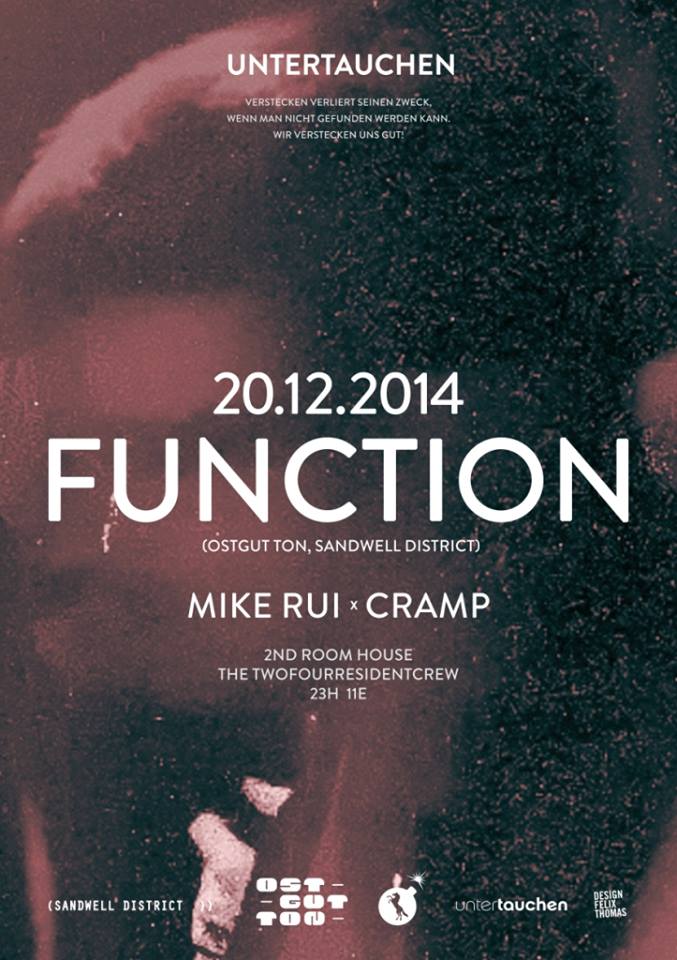 One of techno’s true underground heroes, Dave Sumner aka FUNCTION has been DJing and making music for over 15 years. Hailing from New York, he was seduced by techno music when Jeff Mills held a residency (as well as his own first) at the Limelight in the early 90s. Dave started to produce music and from the mid-90s onwards, put out music on Damon Wild’s Synewave and his own Infrastructure imprint. Together with Regis (Karl O’Connor) he worked as Portion Reform, putting out uncompromising music on Downwards and becoming the only non-Birmingham producer to release on the label. In 2008 Dave moved to Berlin, still working with Regis, and now Silent Servant (John Mendez), put his focus on the acclaimed Sandwell District imprint. Since, the label, now come collective, has skyrocketed into cult status. Decentralizing the artist ego, Sandwell District has blurred the lines between the artist, label and dj, re-arranging the DNA of modern dance music.